Founded on May 1, 1896, The Kansas City Country Club is one of the oldest country clubs west of the Mississippi River. The Club has a proud heritage and was founded on a strong love of the game of golf.

With 127 founding members the Club was originally located at the current site of Loose Park in Missouri; a site of great historical significance as a major battle line during the civil war. For its first thirty years, the Club existed on a handshake deal paying $1 a year lease for the land and all property taxes. When the land was sold in 1926 the Club relocated to its current location in Mission Hills, Kansas. Renowned golf course architect, A.W. Tillinghast, was involved in the design of the new golf course.

Over the years The Kansas City Country Club has hosted many regional and national tournaments including the first Trans-Mississippi Amateur. A number of great players have called the Club their home course through the years. The Club is also home to five-time British Open Champion, Tom Watson. The skills Mr. Watson learned from long-time club professional Stan Thirsk helped him win eight major championships, and it all started at this Club.

Polo was once an important part of the Club's traditions, both at the Loose Park site and in Mission Hills. Interest was lost in the sport in the 1940's. By the 1950's, the land had been abandoned and it wasn't until 40 years later that the golf course would be modified to take in the land and also provide for a wonderful practice facility. 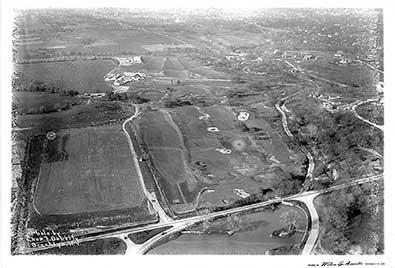